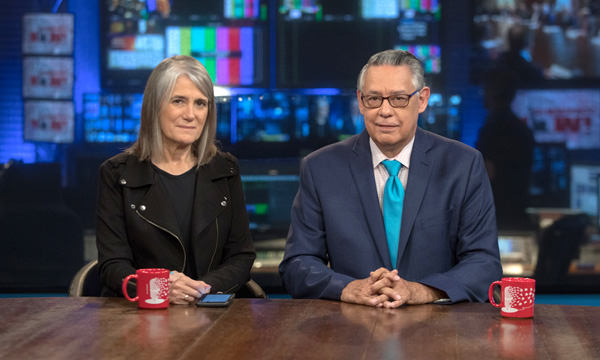 Democracy Now! produces a daily, global, independent news hour hosted by award-winning journalists Amy Goodman and Juan González. Our reporting includes breaking daily news headlines and in-depth interviews with people on the front lines of the world’s most pressing issues. On Democracy Now!, you’ll hear a diversity of voices speaking for themselves, providing a unique and sometimes provocative perspective on global events.

Democracy Now! is broadcast daily across the United States and Canada as well as in countries around the world. Our program is on Pacifica, NPR, community, college and satellite radio stations; on PBS, public, community and satellite TV; and viewed by millions of people online each day. Our headlines are broadcast in Spanish on radio stations across the U.S., Central and South America, and in Europe.